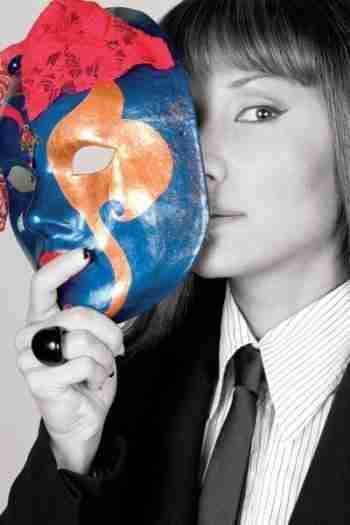 Sara Forte was born in 1978 in Verbania, Italy. A self-taught artist who since an early age has been dedicated to painting. Sara experimented with many art forms including graphite drawings, oil pastels, sanguine, drypoint, mezzotint and etching. She went onto master oil and acrylic art forms. What was originally a passion has become her career. All her artworks derive from her personal experience and research. The key elements in her work are the balance between shapes and colors, pictorial tradition and innovation. The original instinctive brushstroke has become a vehicle to impart a universal message. The style of her artwork has evolved into an abstract and symbolic “new wave”, that reflects the artist’s sensitivity. Sara Forte refers to the scroll images depicted in her paintings as “Papyrus”. She uses them as a metaphor of the constant “in fieri”, the ceaseless evolution, of mankind. She has worked together with goldsmiths to create unique pieces of jewellery. For a number of years she has been using the most famous of the Murano’s furnaces to create her unique glass sculptures that originate from her “Papyrus” images depicted in her paintings. The glass sculptures acquire an allegorical value, with references to the works of the best known writers of the 20th Century. Silicon discs have replaced canvas for her most recent artwork. The Silicon disc is used as a conceptual element to represent the evolution of communication. Three-dimensional works where the artist puts aside the collage on canvas and chooses silicon as a conceptual element capable of depicting the evolution of communication, an artefact of testimony to a discourse on man, an object of modern archeology and a synthesis of the complexity of postmodern living. Silicon, the material used today to produce tablets, smartphones and computers, will be the object of future archeology. Versatile experimenter of different techniques and themes, she has to her credit several participations in collective and personal exhibitions in Italy and abroad. He has exhibited in Italy, Austria and France. She lives and works in Milan.